The Oregon Park District has paved paths at many of its parks.  You and your family can walk, jog, run, pedal or skate your way through our parks.  Currently no motorized vehicles, including electric scooters, are allowing on Park District paths.   There are paths at the following Parks: 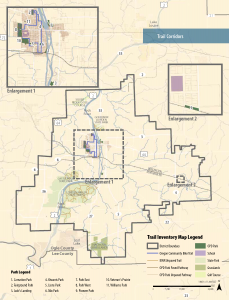 The Oregon Park District, partnership with the City of Oregon, own and maintain a bike trail that is nearly seven miles long.  This bike trail consists of paved pathways through Park West, Fairgrounds Park, and shared roadways through residential areas that is easily navigable by riders of all ages.  For more trails and information, visit Discover Oregon Illinois by Bicycle. 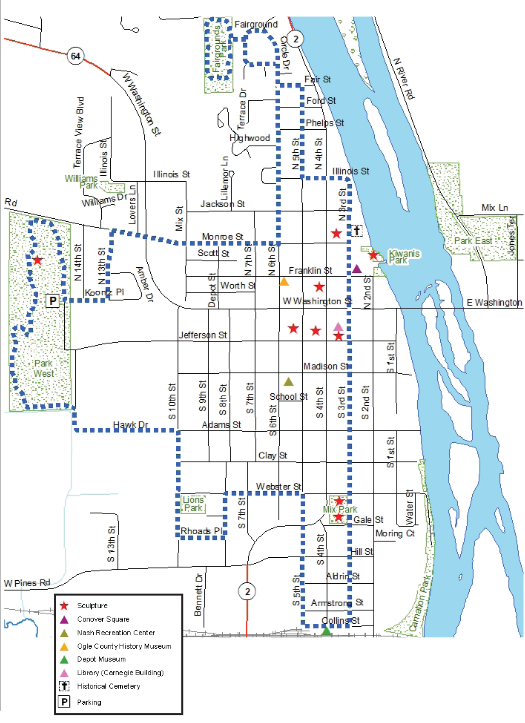 Ogle County has nine different bike trails that traverse the county and pass through the Oregon Park District.  The Rock River Trail is a 320-mile stretch of multi-use trail that stretches from Waupun, Wisconsin to Rock Island, Illinois and runs through the Oregon Park District.   More information on area trails can be found on the Ogle County Greenways and Trails Plan. 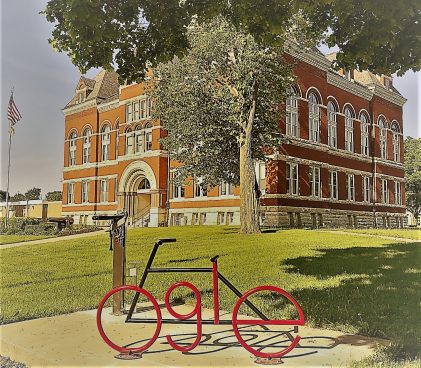